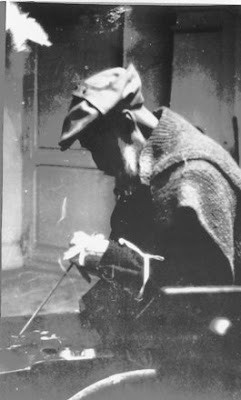 Anyone who reads this blog regularly can attest to my distaste for Renoir - particularly Renoir's later works. (Case in point: I used the word "hideous" to describe a Renoir painting in this post and in a comment for this post.)

I'm not the only person who dislikes Renoir. In fact, people have critiqued his work for decades. Impressionist painter Mary Cassatt wrote in 1913 that Renoir was painting horrific pictures "of enormously fat red women with very small heads."1 Even Renoir once admitted, "I had gone as far as I could with Impressionism, and I realized I could neither paint nor draw."2 I couldn't agree more.

Although Renoir's later paintings have gotten a bad reputation, a new traveling exhibition called "Renoir in the 20th Century" strives to place the painter in a more positive light. You can read more about this exhibition (and further critiques of Renoir's style) in a recent Smithsonian article.

Personally, I have no desire to see this show. My opinion of Renoir is pretty much solidified at this point, and I wouldn't want to waste my time. However, I must admit that the Smithsonian article has changed my perception of Renoir. I didn't realize that the artist suffered from extreme rheumatoid arthritis in his later life. Due to this disease, the artist painted while under constant pain. He later suffered from paralysis in his right shoulder, which forced the artist to paint with his left hand (see image above).

So, although I don't find any aesthetic appeal in Renoir's later works, I do have much more sympathy for the artist. I guess in a way, I can now relate to Renoir on a very small level. Any discomfort that I feel when seeing his art was also painfully experienced by Renoir when his paintings were created.