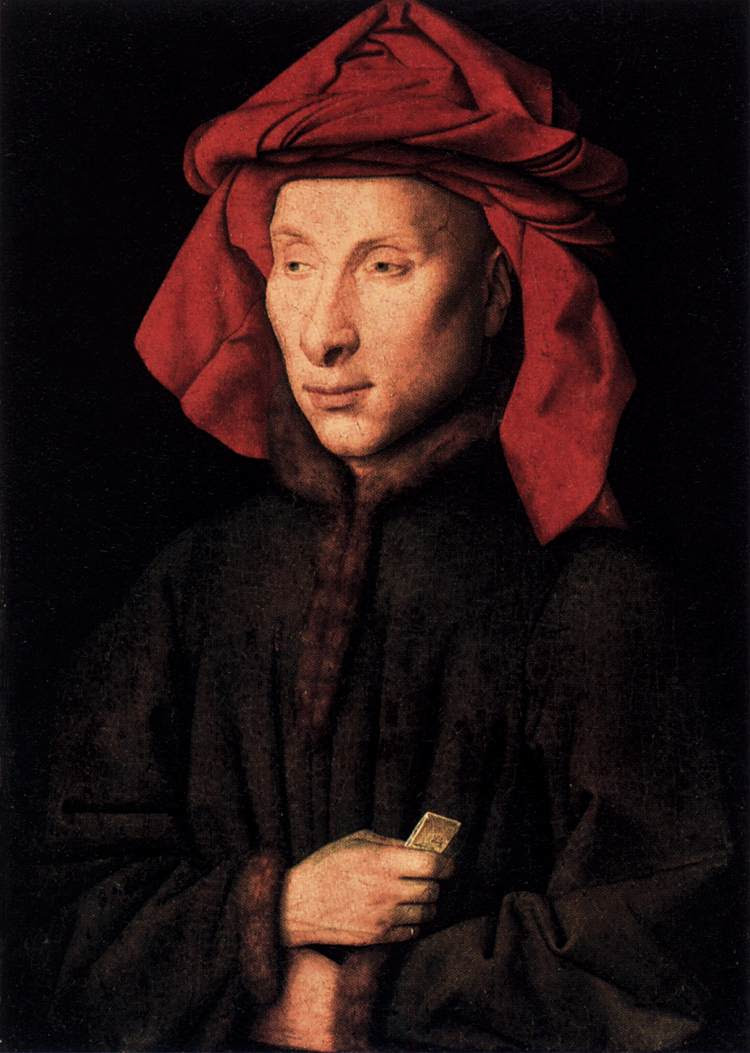 I've never thought that Giovanni Arnolfini was very attractive, and seeing this portrait has further solidified my opinion. But who knows? Maybe he had a great personality, right?

What really caught my attention, however, is that there is a striking similarity between this portrait and Jan van Eyck's self-portrait, (commonly called Man in a Red Turban, 1433, see below): Notice the red turbans (which, technically, should be called chaperons) in each painting? I realize that this headgear was popular in the mid-fifteenth century (you can see more examples here), so I guess it shouldn't be surprising that both men are portrayed this way. But there are other similarities between the portraits too, like the dark fur-lined coat and three-quarter profile view. Perhaps it isn't coincidental that these portraits are only about two years apart. I wonder if Giovanni saw van Eyck's self-portrait and then said, "Hey Jan, will you make me one of those too?"
Posted by Alberti's Window at 3:12 PM